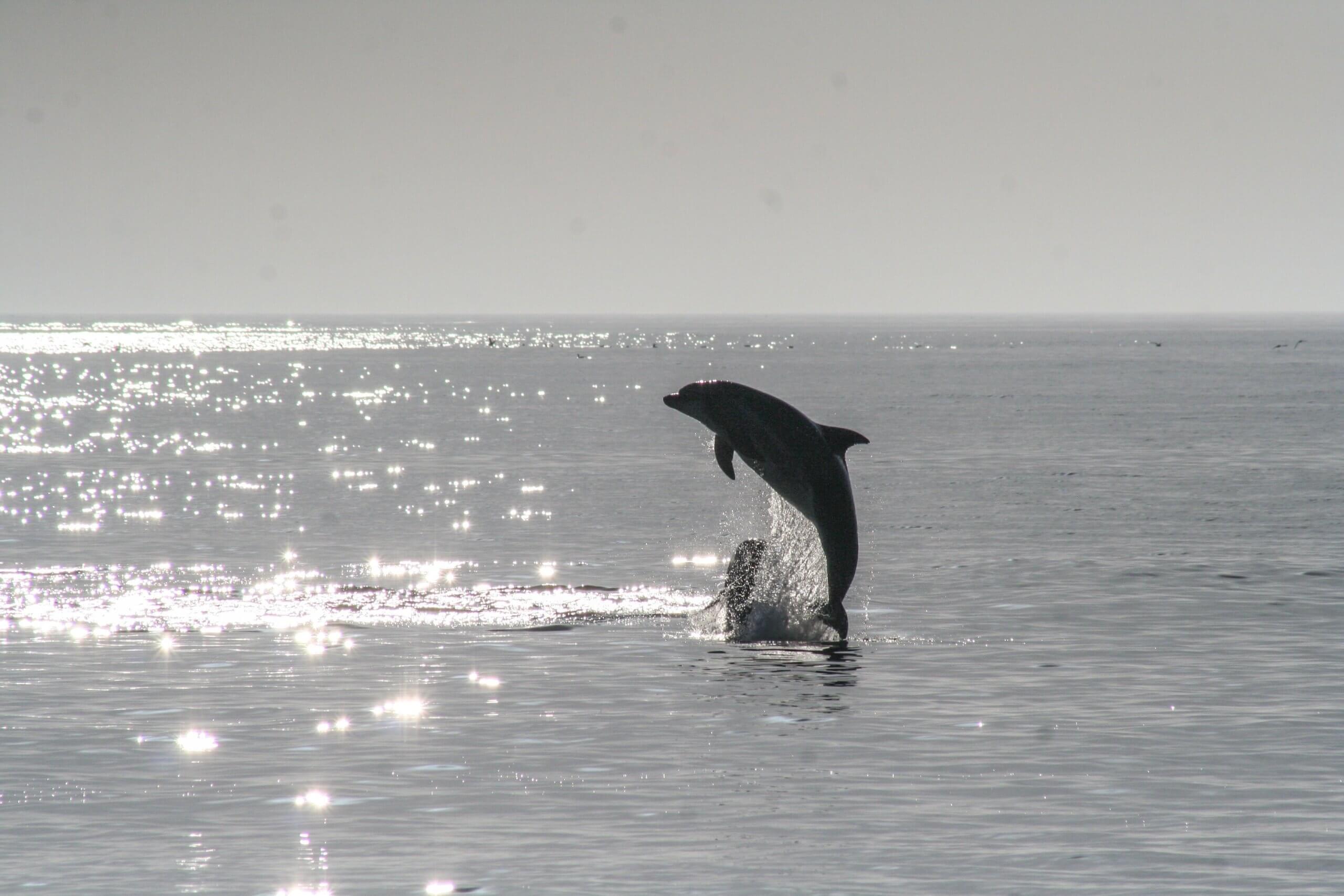 19 Dec Unique Facts About Dolphins You Might Not Know

Posted at 19:54h in Dolphin Cruises by bluewave2

There are some basic facts about dolphins that you probably already know. They’re some of the most intelligent creatures on Earth. They are actually mammals, not fish. But if you really want to impress your friends or simply learn something new, you might be interested in some more unique trivia about dolphins. We go in-depth about these creatures on our Myrtle Beach dolphin tours, but here are a few facts to hold you over until you come see us!

They Stay with Mom for a While

In nature, it’s not uncommon to see animals who don’t stay with their mothers that long. Some animals may be with their moms for only a couple of months, or perhaps a year, before heading off into the wild on their own. With dolphins, though, it’s a different story. Young dolphins, referred to as “calves,” have been known to stick with Mom for as long as eight years in some cases!

They Have Two Stomachs

You might already know that cows have two stomachs. But did you know dolphins have two stomachs as well? One of their stomachs is for storing the food that they eat, while the other is where the food is actually digested and put to use. This anatomical design can come in handy when food is scarce.

Dolphins have some truly impressive senses. Their hearing can reach up to 10 times the frequency that humans can hear. Their eyesight lets them see at incredibly far distances, both under the water and above it. But did you know that dolphins can’t smell at all? That means they have to rely on their other senses to find food, since they can’t use their noses to lead the way!

They Sleep with Half Their Brain

When we go to sleep, it can seem like we turn our brains off completely, especially when we’re really tired. Not so for the dolphin! Dolphins actually sleep with half of their brains “asleep” while the other half stays awake and alert. Why? The “awake” half of the brain keeps the dolphins aware of any potential threats or predators that might come through the area, as well as helping them breathe while they’re asleep.

They Live All Over the World

Many marine animals are only found in a specific part of the world, but if you’re looking for dolphins, you can go almost anywhere! There are nearly 40 species of dolphins on the planet, and they are spread out over all the world’s oceans. There are even some dolphin species that live in rivers, like the Amazon River dolphin with its iconic pink skin!

They Have Their Own Names

You probably already know that dolphins talk through clicks and whistles, but did you know they have their own names? Dolphins assign specific whistles to each member of their pod, which makes their unique “name!”

Want to learn more incredible dolphin facts and spot some of these awesome animals for yourself? Click here to come join Blue Wave Adventures on an upcoming Myrtle Beach dolphin tour!