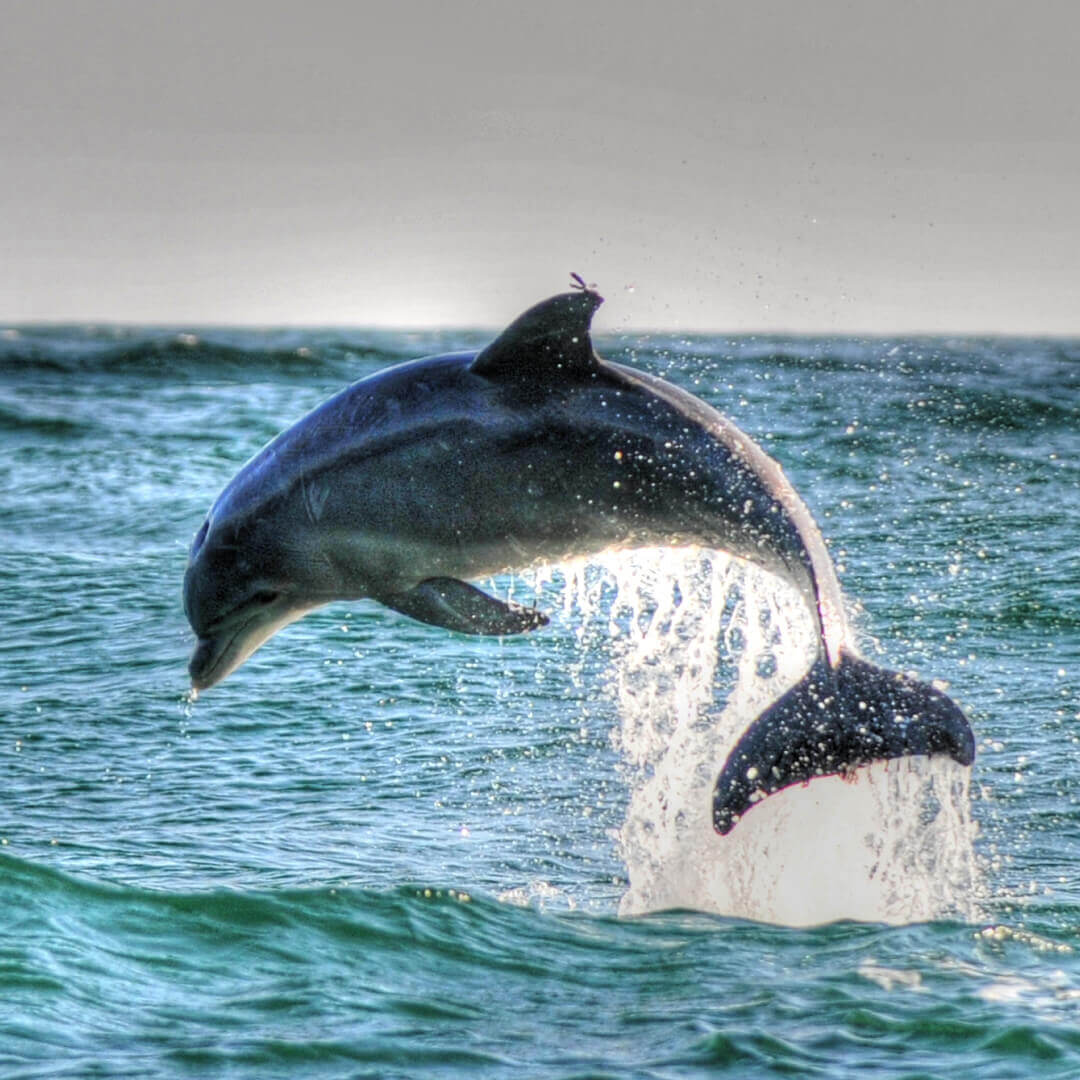 31 Jul Understanding The Language Of Dolphins

Posted at 16:48h in Dolphin Cruises by bluewave2

Understanding The Language Of Dolphins

Dolphins are one of the most talkative animals on the planet. So much so, that researchers now know dolphins share their own language. The series of squeaks and squeals that can be heard during a Myrtle Beach dolphin tour, are actually an intricate piece of how the sea creatures speak to one another.

While there are more than 30 species of dolphins swimming in the world’s oceans and rivers, they all share one trait: the unfailing ability to communicate in a seemingly secret language. Marine biologists recognize they’re talking to one another, but the researchers haven’t quite been able to crack the dolphin speak code.

It’s likely that if you’ve been around dolphins to any degree, you’ve heard their telltale sounds of squeaks and squawks. The mammals are highly intelligent and social. Researchers know the dolphins communicate in a playful way, but there’s also evidence that suggests the dolphins can use their whistles and sounds as a warning to other dolphins, cries for help, or to organize an ambush as they hunt for food.

Part of the Myrtle Beach dolphin cruise experience with the Blue Wave Adventures team is seeing and hearing dolphins in their natural habitat. Each tour is guided by a marine biologist with years of experience working directly with dolphins. Not only will our skilled team explain the many amazing details of a dolphin’s life, but you’ll be able to see the sea creatures interact with each other.

While any of the Blue Wave Adventures dolphin tours are full of fun and adventure, the morning cruises are typically the most active. It’s then that you’ll have the best chance of seeing the dolphin pod and hearing the dolphins squawk, whistle, click, and squeak.

Just as humans do, dolphins also use nonverbal communication to express themselves. They’re often seen speaking through different body postures, jaw claps, bubble blowing, and fin caresses. Of course, it’s amazing to see these creatures in action, but we encourage you to bring your camera along so you can have plenty of memories after the dolphin tour.

Researchers who have studied the language of dolphins for decades are both fascinated and stumped by the communication. Although dolphins use lungs to breathe and must surface for more air, they can spend up to 10 minutes under water between breaths, so the majority of their lives are spent beneath the water’s surface. Researchers must use high-tech sonar devices to listen to the dolphin conversations and analyze their language.

It can be difficult to piece together how the language works because so much of what dolphins say depends on their situation. The sounds change between playing, hunting, warning others or pleading for help. One thing’s for sure, even if you can’t decipher exactly what’s being said, watching the animal play is one of the best parts of the best Myrtle Beach dolphin cruise.

Dolphin tours are one of the most popular beach vacation things to do, and these photos show you why. Blue Wave Adventures offers a 90-minute dolphin tour you do not want to miss. Book your trip now, and enjoy a conversation or two with the dolphins.