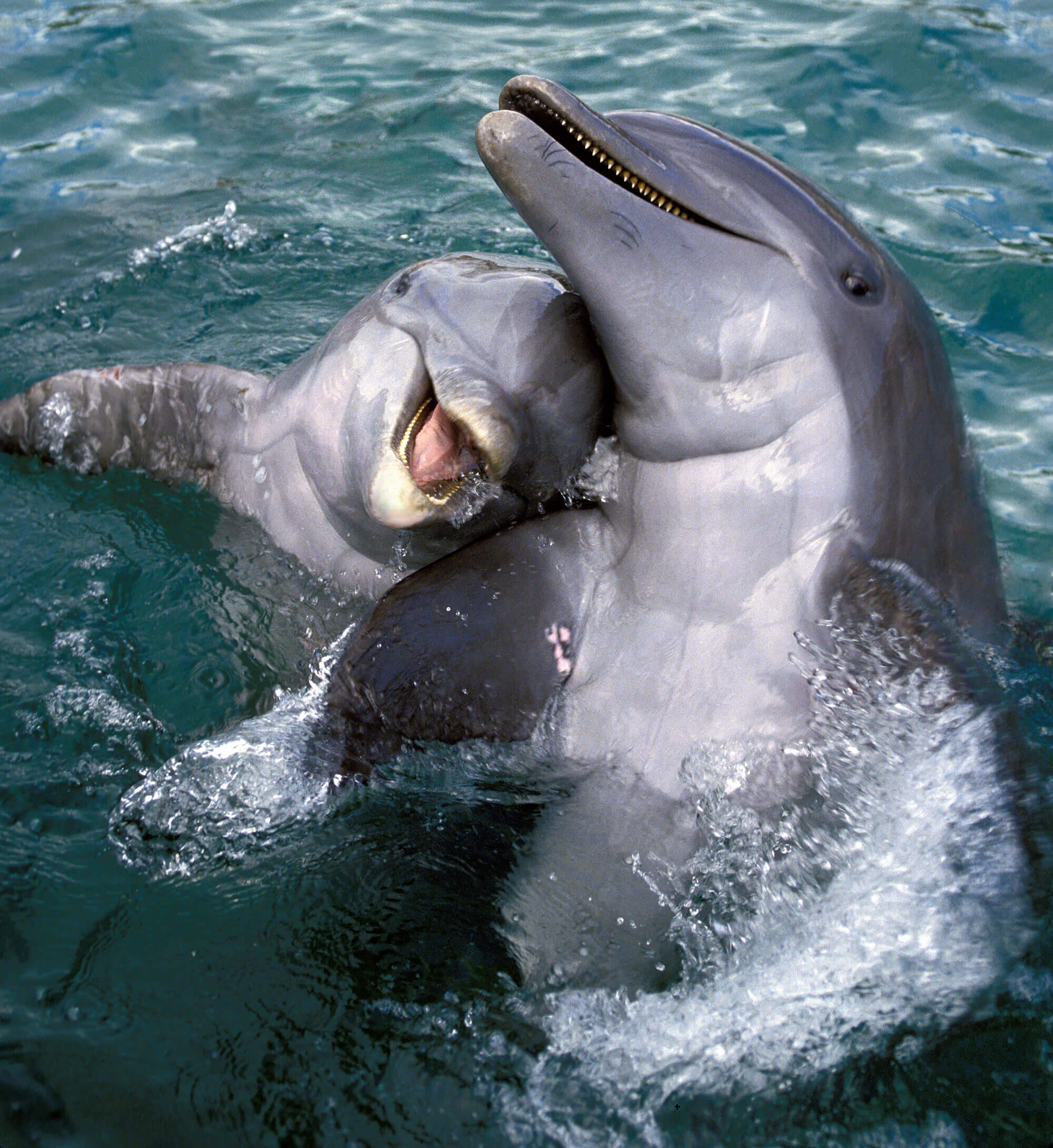 11 Jul Should You Swim With Dolphins

Posted at 19:07h in dolphin facts, educational by bluewave2

Should You Swim With Dolphins

Dolphins are one of the most majestic sea creatures, and you should leap at any opportunity that you get to see them. Across the world, you’ll find several activities that get you up close to dolphins, but which is the best one,

There’s always the question of should you swim with dolphins, but actually, it’s one of the worst ways to experience dolphins.

Although it’s still permitted in several places, you should avoid swimming with dolphins for several reasons. Some of the things to consider before jumping in the water with dolphins are:

We’ll take a look at how each of these elements plays a role in bringing a swim-with-dolphin experience to you, but aren’t necessarily the most ethical things to do.

Captive dolphins vastly differ from dolphins in the wild. They have different behavior and emotional states conditioned to living in captivity. There are lots of elements that alter the dolphins that make it uncomfortable to know their circumstances.

Wild dolphins enjoy free roam of the ocean, and many of them travel socially. While captured, dolphins are kept in an environment significantly smaller than the area they’re used to swimming. Also, they’re unable to take part in their natural instincts of gathering food or mating.

If you continue to support swimming with dolphins, you’re encouraging the continuous capturing of dolphins from their natural habitat.

The scale of the water environment that captive dolphins live in is incomparable to the ocean. Still, a larger issue arises of that condition of the water that they live in.

Many places attempt to create a suitable environment for their captive dolphins, but it’s nearly impossible to design something ideal once they’re outside the ocean. Also, you must consider making the water suitable for humans to swim. It creates an unbalanced mix that ultimately harms the dolphins.

Chlorine in the water and other chemicals help keep it clean for us to enjoy, but it’s extremely harmful to the dolphins. The chemicals have adverse effects on the dolphins’ skin, eyes, and digestion.

Just like all mammals, dolphins give off waste regularly. Instead of swimming away in the vast ocean, the dolphins remain confined to swim in their own waste.

Dolphin treatment is significantly different than how the animals behave in their natural habitat. Captivity is already bad for them, but their treatment while captive makes it even worst.

The main purpose of holding dolphins captive is for entertainment – a lot of their treatment is dependent on how well they perform with guests since it’s the ultimate goal of the activity.

Before we get to swim with dolphins, the dolphins undergo a lot of training and conditioning. Many of these programs operate on a reward basis, only allowing the dolphins to eat if they behave as they should. These tactics can lead to malnutrition (they are also fed food not typically part of their diet).

Dolphins aren’t meant to keep a regular “work” schedule, but captive dolphins must perform for the hours set aside for swimming activities. The workload of forced activity can lead to unnecessary stress on the animals.

There are a lot of factors that change the normal dolphin behavior while captive. One of the unpredictable outcomes is how they will respond to constant human interaction. When you swim with dolphins, you potentially put yourself and the dolphins at risk.

Trained experts undergo thorough guidelines and regulations with anxious guests looking forward to the swimming experience. Still, you can’t always be sure of how the dolphins will react on a given day.

There are many reports of dolphins attacking guests and punished for the act. Dolphins usually have a calm temperament, but the constant stress of captivity can alter them significantly.

Swimming with dolphins also puts the animals at risk. Most people have never swum with dolphins, so once you’re in the water, you may have natural reflex es that causes you to hit or scratch them. These actions might seem innocent, but multiple injuries throughout the day are not good for them.

Alternatives to Swimming With Dolphins

Swimming with dolphins is not the best way to enjoy the sea creatures, although many people think otherwise. There are many harmful elements to keeping dolphins captive and forced to engage with humans. It doesn’t mean that you can’t find alternative activities to see dolphins.

The best place to see dolphins is in their natural habitat of the ocean, so there are plenty of ways to do it.

Dolphin tours enlist experts to take visitors on a boat ride to popular sites where dolphins can be seen swimming in their own environment.

Sometimes a tour isn’t always necessary – dolphins swimming near the coast or calm waters can be seen from a beach or kayaking.

Consider some of the alternatives, such as dolphin tours with us, for the best dolphins viewing experience.