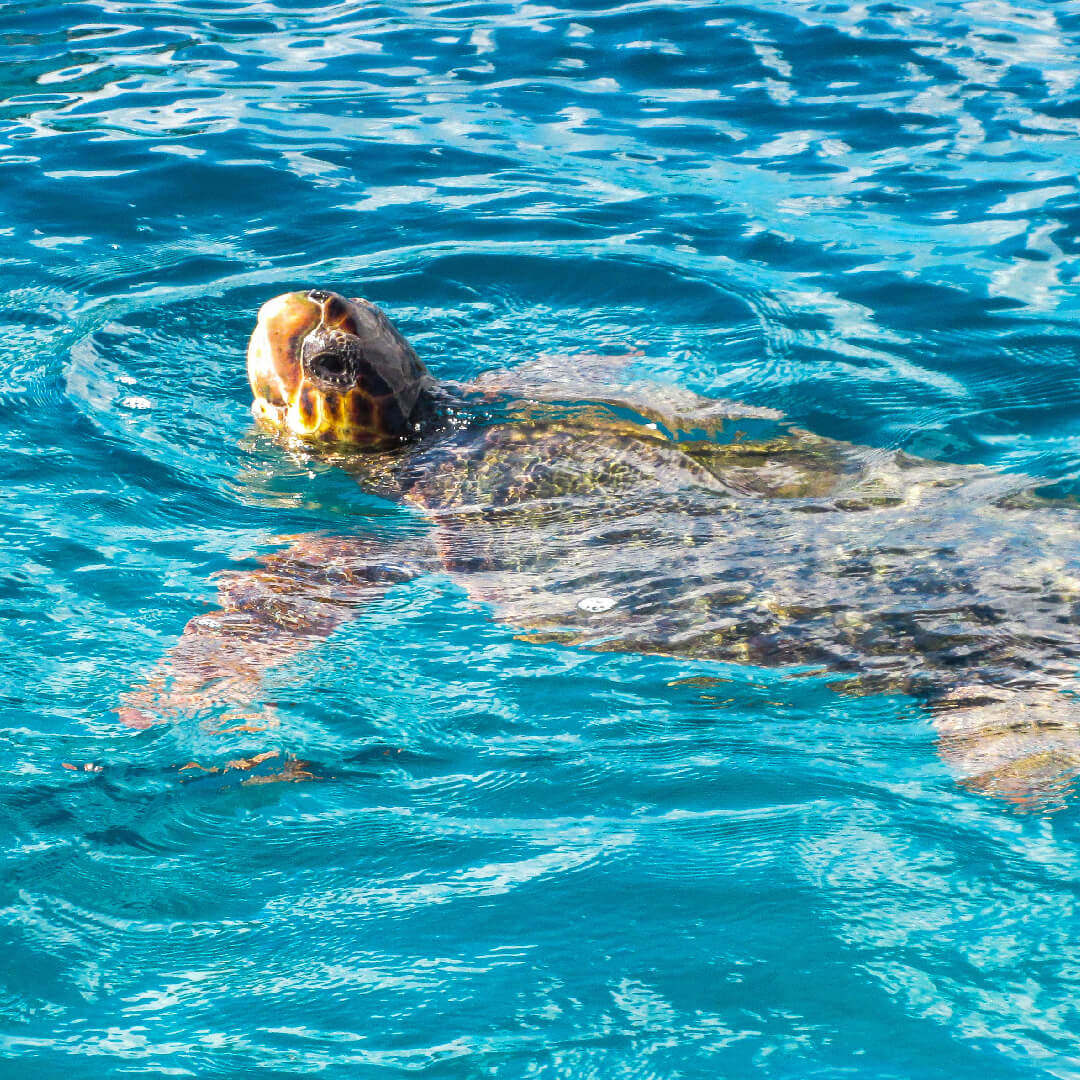 Posted at 21:03h in Dolphin Cruises by bluewave2

Sea Creatures You May See On A Myrtle Beach Dolphin Tour

A Myrtle Beach dolphin tour needs to make your list of must-do activities. Whether you’re hitting the South Carolina coast for a week-long family vacation or just spending a weekend away, your time on the water will offer memories that last a lifetime. Dolphin cruises in Murrells Inlet are an exciting way to see dolphins in their natural habitat, but the name of the tour can be misleading.

You may sign up for a dolphin tour, but it’s likely you’ll experience a number of other sea creatures along the way. From the ocean’s largest sea animals to the endangered sea turtle, you’ll want to have the camera on hand to capture once-in-a-lifetime shots of these amazing creatures. The Blue Wave Adventures team is led by top marine biologists along the Grand Strand. Our crew members have worked closely with dolphins for more than 20 years and doing so has introduced them to the life of other ocean animals. When you board our secure vessel for your Myrtle Beach dolphin tour, you’re likely to catch a glimpse at a wide array of creatures.

These endangered animals love the open waters and the coast. Human behavior – everything from littering to poaching – has made this majestic creature quite scarce. There are seven different types of sea turtles, but only loggerheads, green turtles, leatherbacks and rarely Kemp’s ridleys sea turtle nests have been recorded on South Carolina beaches. Photos of these beautiful creatures are rare, but you’ve got a great opportunity when you board the boat for your Murrells Inlet dolphin tour.

A not so rare (but very cool looking) sea creature you’re sure to spot along the tour is the jellyfish. These mostly transparent creatures typically only live for about one year and snack on fish, shrimp, crabs, tiny plants and even other species of jellyfish. A cool fact about the jellyfish – which can make for the prime vacation photo – is that some species can produce their own light. The jellyfish is a favorite snack of the sea turtle and while 150 million people are stung by jellyfish each year, it’s typically an accident that occurs when a curious human gets too close.

Ocean waters off the South Carolina coast are typically filled with two species of stingrays: Atlantic and southern stingrays. Both species are barbed but neither is perceived to be aggressive or particularly dangerous. The Atlantic stingray has a venomous spine and the southern protects itself with a serrated barb. It can be extremely painful if stepped on. From the protection of the boat, you can gather photos of stingrays while enjoying your Murrells Inlet dolphin tour.

In addition to these animals, you’ll also grab photos of some other amazing marine creatures. It’s not uncommon to have a shark sighting while we’re on the water. With 360-degree viewing on our dolphin tours, you can enjoy it all, no matter where you’re seated.