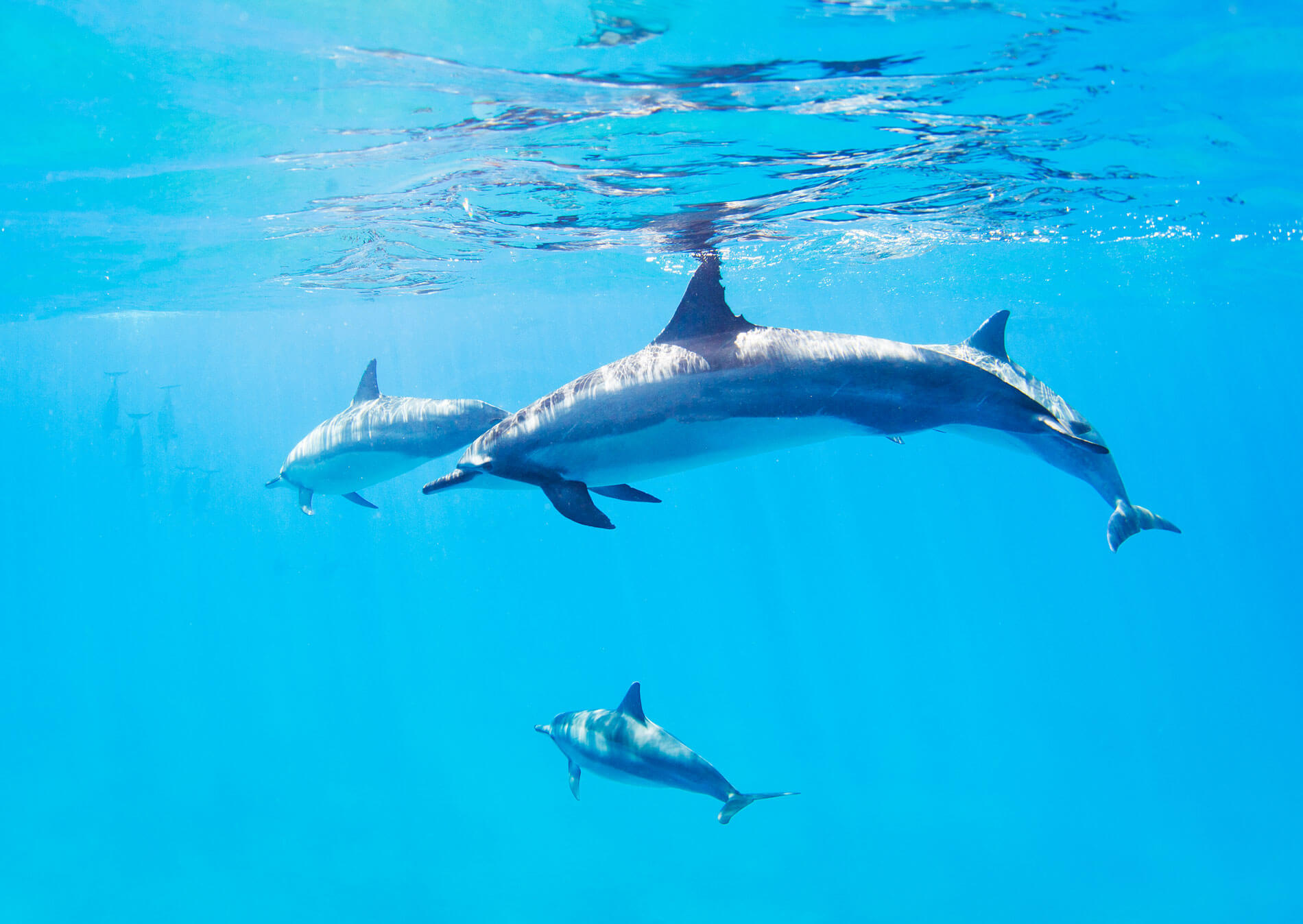 11 Sep Do Dolphins Sleep? And Other Dolphins Facts You Didn’t Know

Posted at 22:10h in Dolphin Cruises by bluewave2

Do Dolphins Sleep? And Other Dolphins Facts You Didn’t Know

Unlike other sea creatures, dolphins are mammals, which means they can drown if they don’t occasionally come to the water’s surface for more air. Once it fills its lungs with oxygen, a dolphin can stay underwater for roughly 10 minutes. As you can imagine, this poses a problem for sleeping, which is an activity you likely won’t see on a Murrells Inlet dolphin cruise.

Watching the dolphins in their natural habitat means you’ll see them play, as their one of the most social animals in the ocean, and you’ll likely hear them communicate. But a sleeping dolphin is not likely to be found. Even if you did spot one, it may not be obvious.

How Do Dolphins Sleep?

Dolphins rest in a unihemispheric sleep, meaning they only rest half their brain at one time. One side of the dolphin’s brain is always awake, allowing the other side to fall into a deep sleep. And if you’ve ever felt the need to sleep with one eye open, you have something in common with these amazingly intelligent animals.

The eye opposite the sleeping half of the brain remains open during rest. The other eye is closed. This style of sleep allows the dolphin to stay alert enough to make it to the water’s surface to replenish its lungs with oxygen and not drown. It’s also a way to protect again predators. Dolphin calves are especially vulnerable to large sea predators, like sharks, so unihemispheric sleep helps preserve life. In addition, the calves need to be near their mothers to nurse, so the half-awakened state allows them to stay close and feed when necessary.

One study with bottlenose dolphins revealed during the first month of a calf’s life, he and the mother stay awake 24 hours a day for the first month of life. As the calf grows, the duo can begin resting in their unihemispheric sleep patterns.

Dolphins Are Alert While Sleeping

The unihemispheric sleep patterns allow dolphins to be alert for extended periods of time. A study completed in 2012 by Brian Branstetter and colleagues revealed dolphins can stay alert to the point of completing another task for 15 days straight. The study showed that even while resting in “dolphin sleep,” the dolphin could perform the same activity for a long period of time without interruption.

Dolphins aren’t alone in their unihemispheric sleep behaviors. Other sea animals, like manatees and baleen whales, as well as some birds, share the alert sleep pattern. The Blue Wave Adventures team is excited to share these dolphin facts and many more with you on your Murrells Inlet dolphin cruise. While dolphins may not fall into the deep sleep humans enjoy, they do have a unique ability to rest their minds and body while simultaneously protecting themselves.

If you’d like to learn more about dolphins and their incredible lifestyle, book your Murrells Inlet dolphin cruise now. The Blue Wave Adventures team is ready to introduce you to these amazing animals and help you build long-lasting memories.