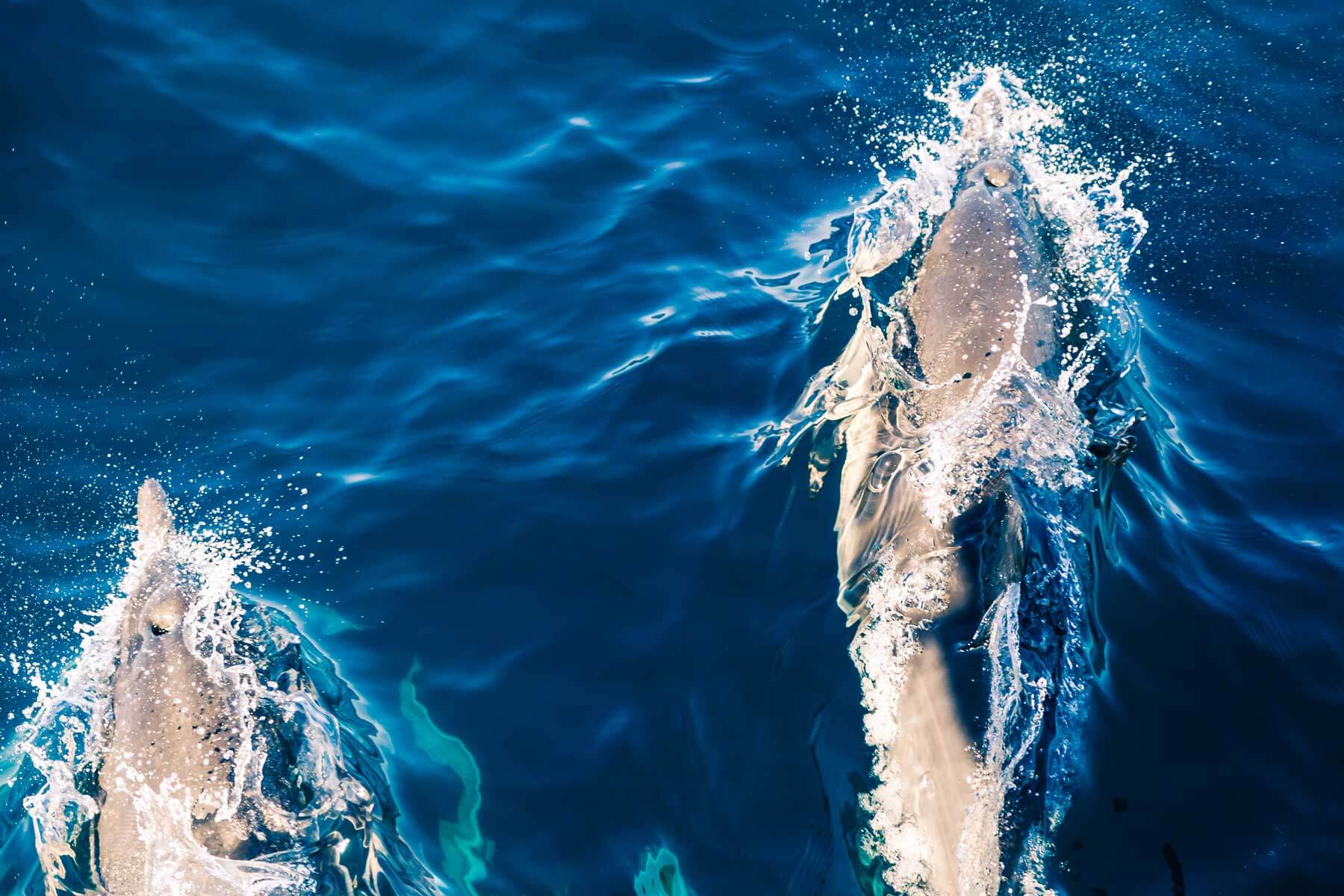 19 Oct Do Dolphins Migrate Or Hibernate?

Posted at 22:18h in Dolphin Cruises by bluewave2

Do Dolphins Migrate Or Hibernate?

Going on a Myrtle Beach dolphin cruise is fun for the entire family, but it’s also a great way to learn about the lifestyle of these ocean mammals. As the fall season gets into full swing, many land animals will migrate or hibernate for the winter months. Most animals hibernate or migrate beginning in September or October, but dolphins are different.

It’s not possible for dolphins to hibernate under water because they must return to the water’s surface at least every 30 minutes to breathe. Researchers discovered that dolphins do not migrate with definitive patterns, but they are known to move seasonally. The Blue Wave Adventures group consists of marine biologists who have spent decades working directly with dolphins and understand the animals winter behavior.

Unlike the majority of sea life creatures, dolphins breathe with lungs. Their breathing respiratory systems are not involuntary like a human, so they must be conscious to breathe. In order to stay alive, only half of a dolphin’s brain can sleep at one time. The other half must stay conscious to signal to the dolphin’s body when it’s time to come to the water’s surface to breathe. They do this type of conscious sleep for about 8 hours a day, which would make hibernation impossible.

When you experience the best dolphin cruise in Murrells Inlet with the Blue Wave Adventures team, you may see how some dolphins rest at the surface of the ocean to keep their blowhole above the water. Other dolphins may swim very slowly in pairs while resting in this semi-conscious condition. While sleeping this way, the dolphin keeps one eye open to stay aware of any predators.

Several different animal groups migrate seasonally. Most migrations are a relatively long-distance move based on changing seasons. Dolphins, however, are different. You’ll see active dolphins on your Myrtle Beach dolphin tour because the animals usually don’t travel great lengths, nor do they migrate in large numbers. Some dolphins may travel in search of warmer waters, but research shows there is no pattern to their behavior.

Dolphins that live off the Carolina coast tend to migrate to follow the seasonal movement of their prey. While the dolphins don’t travel far, they will travel to an area where food is plentiful. The Blue Wave Adventures team will introduce you to different facts about dolphins during your 90-minute dolphin tour.

Because dolphins that live along the Carolina coast don’t migrate to far off areas, you and your family can enjoy a Myrtle Beach dolphin tour nearly any time of the year. The Blue Wave Adventures team offers 90-minute tours on an upgraded vessel that seats 40 and has 360-degree views from every seat.

Our crew consists of marine biologists who have worked directly with dolphins to understand their language and behaviors. The tours are interactive, so you not only make memories to last a lifetime, but you also learn about a dolphin’s behaviors and have the opportunity to sea other sea creatures along the way. Learn more about the dolphin tour times and how to book your adventure.