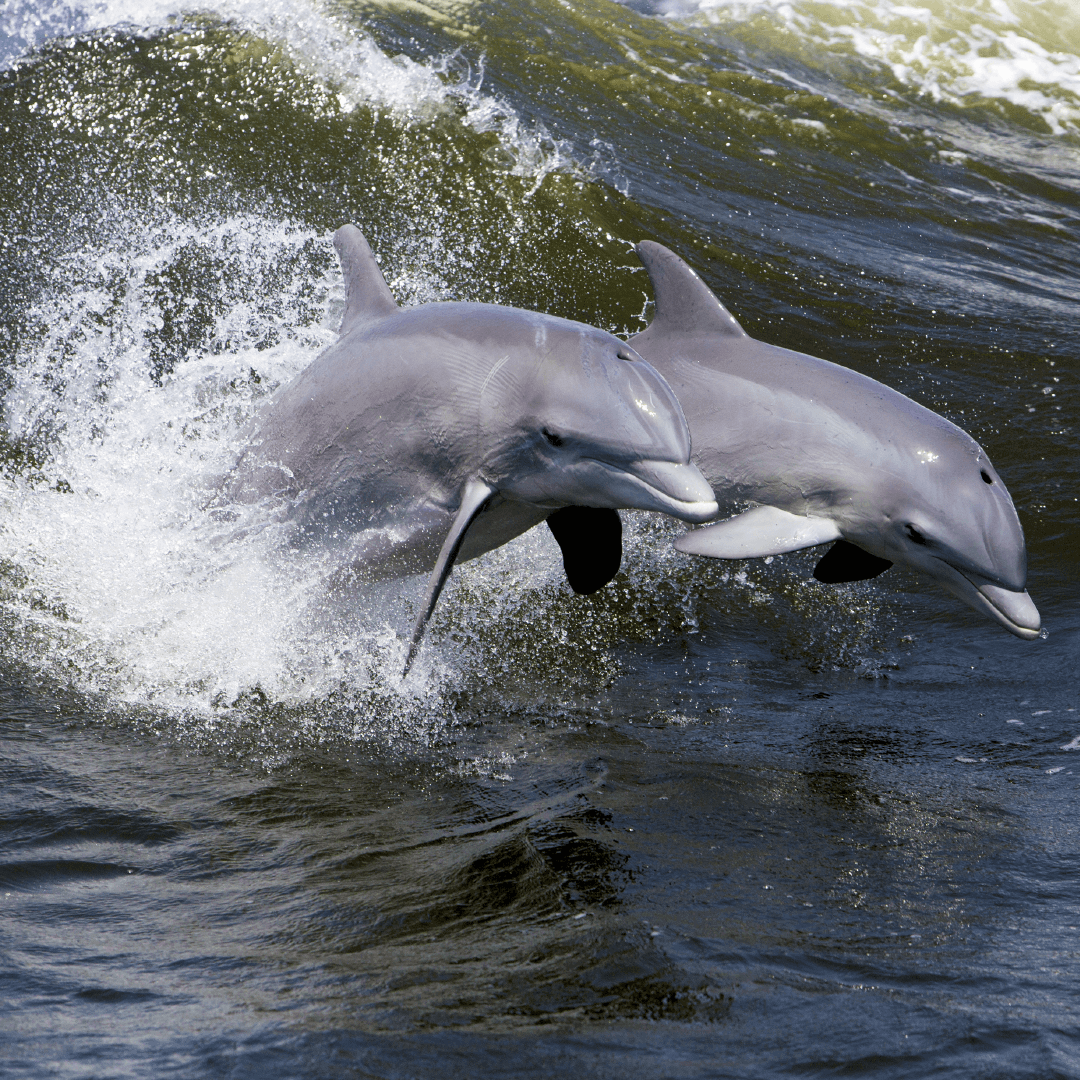 15 Oct A Brief Lessons on Dolphins

Posted at 20:02h in Dolphin Cruises by Tecco

Dolphins have long been a favorite cetacean animal amongst children and adults alike. Dolphins are a fan favorite due to their friendly faces and fantastic ocean acrobatics as they demonstrate grace, beauty, and agility. But aside from their frivolity, dolphins are also famous amongst humans because of their curiosity and intelligence. It is believed that no other animal can boast the same brightness as that of a dolphin.
It’s hard to find a human that isn’t mesmerized when watching a dolphin race through the water, often hitting speeds of over 20 miles per hour. Dolphins love to play in the wake of boats or ships. Whether it is for fun, communicating, or shaking off an annoying parasite, we may never know. But one thing is for sure; it is quite a joy watching these fantastic creatures in their natural habitat.

At this time, there have been an estimated 49 dolphin and porpoise species across the world’s oceans, seas, and rivers. The oceanic family is the largest, with 38 different species. The river family of dolphins boasts four species, and there are seven species of porpoises. All species of dolphins and porpoises are recognizable by their curved mouths, making it appear that they are always smiling.

Oceanic dolphins are considered marine mammals, and as their name implies, they live in the ocean or within the brackish waters along the oceanic coasts. River dolphins, such as the South Asian and Amazon dolphins, live in freshwater streams and rivers.

The Atlantic bottlenose dolphin, which is commonly found in the Murrells Inlet and is famous for those taking a dolphin cruise in Murrells Inlet, has an overall height of 2’1″-2’11” and body length of 10′-14′. Bottlenose dolphins weigh between 300-1,400 pounds and typically live for 20 to 30 years. The orca, otherwise known as a killer whale, is a dolphin species and can grow to be over 30 feet long. The smallest dolphin, known as the Maui dolphin, is only five feet long, making it very small in comparison.

What do dolphins eat?

As cute and majestic as they may be, dolphins are predators. As such, they feed on a wide variety of fish, squid, and shrimp. Depending on the species of dolphin, their diet will vary. Further, dolphins tend to have preferences for certain species of fish for their daily feedings.
Dolphins track their prey by using internal echolocation, a built-in sonar system that bounces sound waves off their various targets. The soundwaves inform the dolphin as to the prey’s location, size, and shape.

How do dolphins behave and reproduce?

If you are fortunate enough to participate in a dolphin cruise on Murrells Inlet, you will likely learn from your guide that dolphins communicate with squeaks, whistles, and clicks. If you have ever attended a dolphin show at your local zoo or an aquarium, you may have heard some of these dolphin sounds. These sounds that you are hearing or may be fortunate enough to hear on your dolphin sightseeing cruise are how dolphins communicate with one another.
Similar to humans, dolphins are warm-blooded and nurse their young. However, dolphins are not monogamous creatures and often have more than one mate. They produce single offspring per pregnancy, and the young dolphin will stay with its mother for up to six years, based on dolphin species.

Unfortunately, dolphins have been subject to hunters for centuries, often for their meat and fat. Today, however, dolphins face danger from the threat of commercial fishing nets. As dolphins are air-breathing mammals, they must rise to the service every eight to ten minutes to breathe.

Freshwater dolphins also face the threat of dams and degrading habitats. Today, it is estimated that whaling and other natural and human influences have led to the danger of extinction for sixteen species of whales and dolphins.