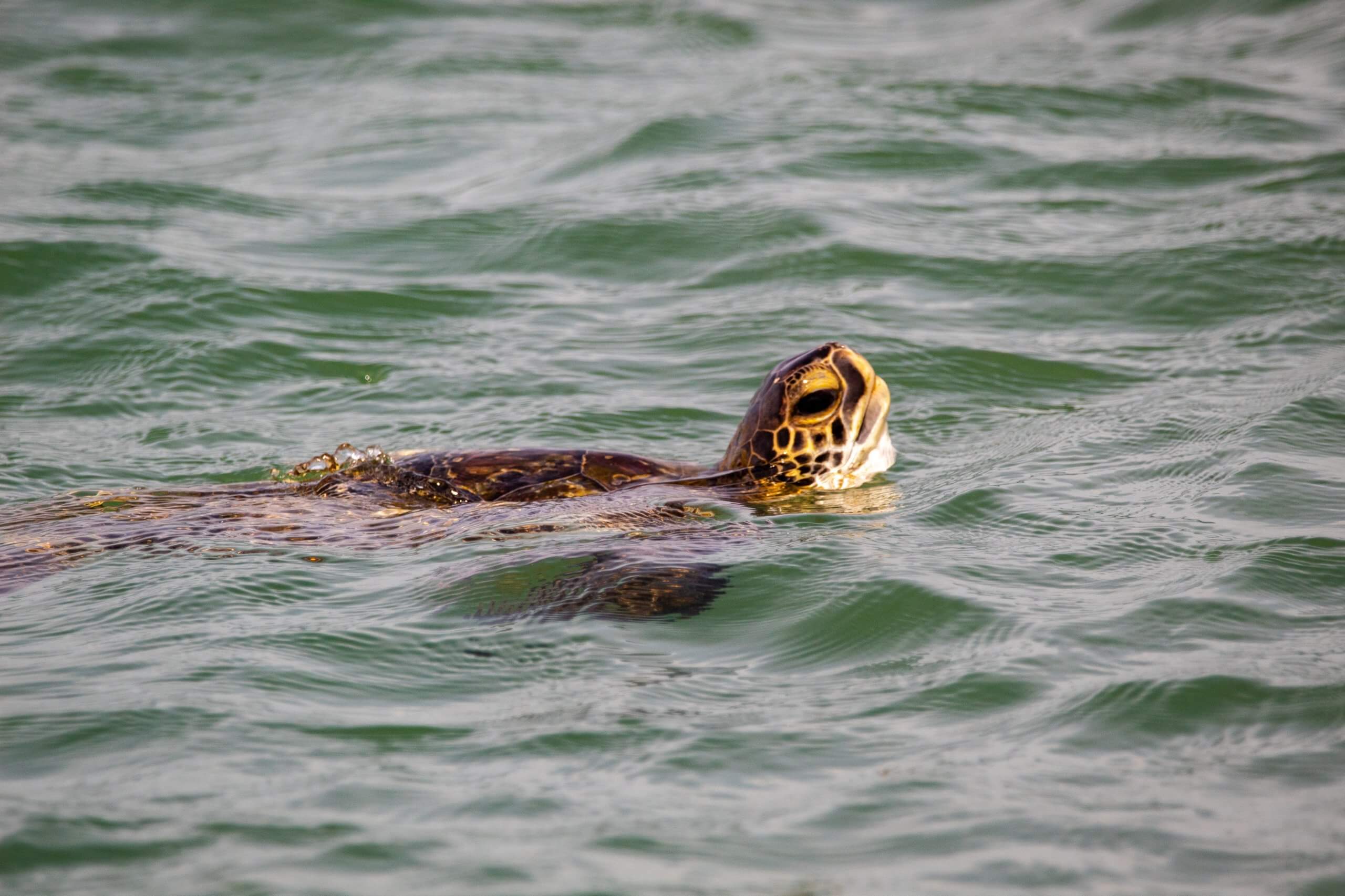 Posted at 17:48h in Dolphin Cruises by Tecco

We’ve said it before, and we’ll say it again. Be sure to make a Myrtle Beach dolphin tour one of your things to do in Myrtle Beach. The Blue Wave Adventures team offers a one-of-a-kind eco-friendly dolphin watch experience, not only offering you some of the best views of dolphins but a view that is safe for the sea creatures and the environment as well. But did you know that there are other sea creatures that you might see on your Myrtle Beach dolphin tour?

Loggerhead sea turtles are a revered official state reptile for the state of South Carolina. And, since they are endangered, the Blue Wave Adventures team takes steps to help protect their safety. However, this concern for these fascinating creatures extends far beyond the Blue Wave team, too, as various organizations across the state and United States as a whole take steps to protect the nesting, hatching, and overall safety of the sea turtle.

And sea turtles are a common sight during a Myrtle Beach dolphin watch. So, before you take off one of the many dolphin tour options available to you, we thought you might like to know a handful of fun facts. This way, the next time you spot a sea turtle, you’ll know a bit more about what you’re looking at.